Speedwork sometimes takes place at the Highland Park High School Track---but check the Facebook group and your eblast/emails from coaches. 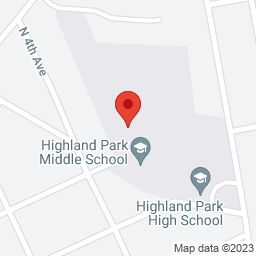 Speedwork makes you faster and you don’t have to be fast to start speed workouts. There are real benefits for runners of all skill levels so don’t be bashful. For many years RVRR has trained on the Highland Park High School track, the Donaldson Park hills, the Rutgers Stadium hills, the D&R Canal Towpath, and the Metuchen greenway.

Ad Hoc: All year long RVRR runners connect on Facebook or in other ways to work out, usually at the Highland Park High School track but sometimes elsewhere for hill sprints and other exercises. To join in, just watch for Facebook posts or ask around though most often these are at 6:30pm on Tuesdays at the HPHS track.

This is a fun activity that is broken down into several groups of runners who maintain similar paces, so there’s pretty much a pace for everyone willing to give it a shot. In the process you learn a lot about the track, your abilities, and the perceived effort of various paces. There are about 12 sessions starting in late March-early April and continuing every Tuesday at 6:30pm.